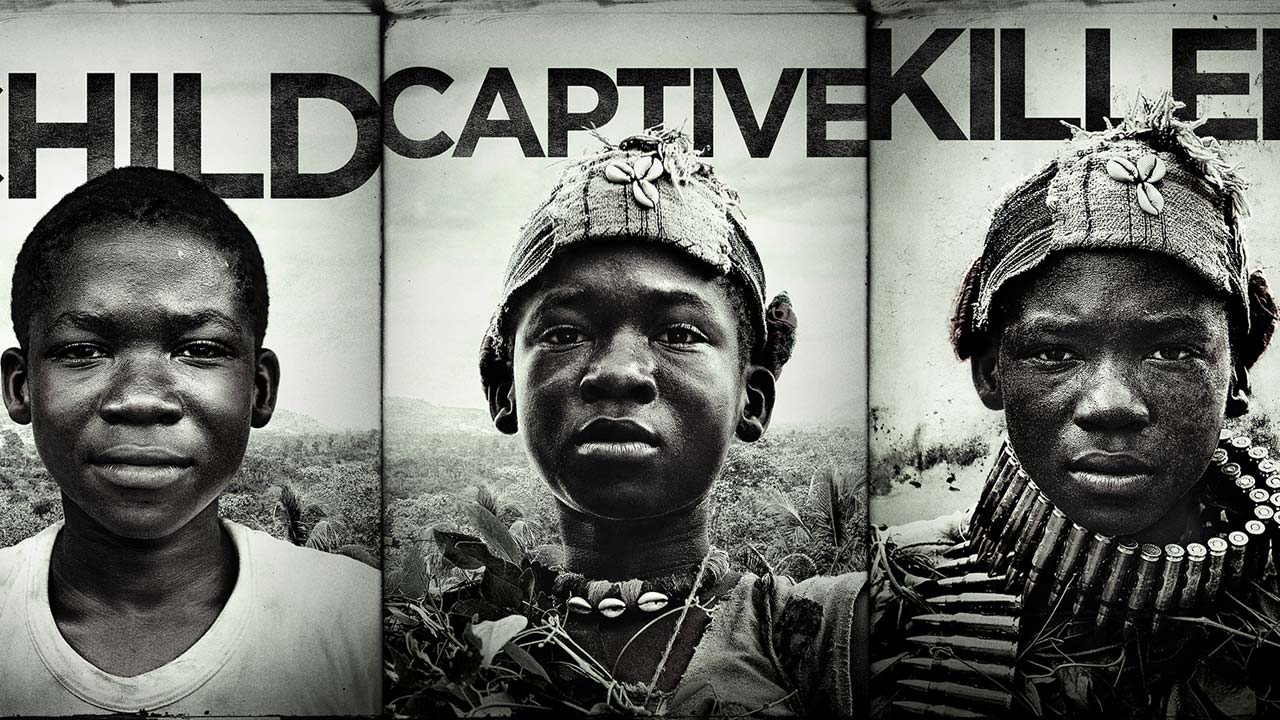 With Best Actor and Best Supporting Actor wins at the Independent Spirit Awards just last night, I figured this would be an ideal time to post my review of Beasts of No Nation. If you’re like me and are not watching the Oscars tonight, head over to Netflix to catch one of 2015’s best films (which the Academy unsurprisingly overlooked).

A lot of awards season talk has revolved around the omission of Idris Elba in the Best Supporting Actor category, but Abraham Attah, the film’s young star in his debut role, truly is the beating heart of the movie. 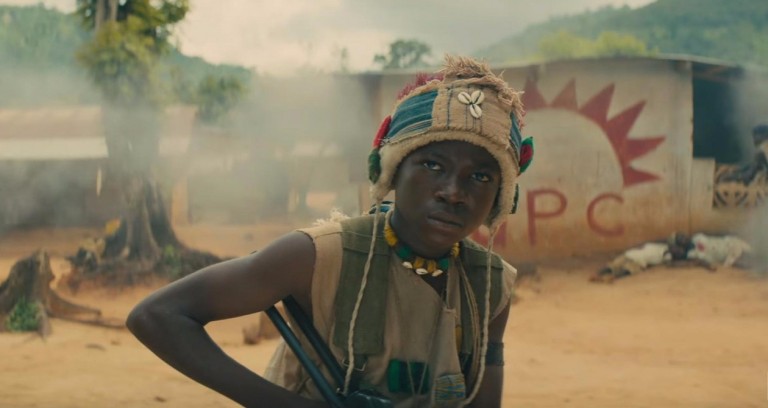 Beasts of No Nation provides an unflinching look into the life of Agu (Attah), a child solider in a violent civil war. Avoiding questions of authenticity and politics, director and writer Cary Fukunaga sets the film in an unnamed West African country. The signs of war are apparent-litter and debris are strewn about and Nigerian peacekeeping soldiers stand guard at checkpoints. Nontheless, Agu and his friends are afforded some peace and normalcy as they live in a buffer-zone. We are introduced to Agu as a playful, imaginative child who roams through the streets with his friends, creating stories and bartering with local soldiers. These early scenes showing his personality and family life make his later transformation even more jarring.

His world is soon shattered by the first of many tragedies. In one of the film’s most heart-wrenching and distressing scenes, Agu is torn from his mother, who is forced to leave him behind, after a smuggler guarantees safe passage only for his mother and younger siblings. Shortly thereafter, his father and teenage brother are executed by government soldiers, forcing him to flee into the jungle, alone. Facing starvation, he is “saved” by the Commandant (Elba) and his rag-tag band of boy soldiers.

Agu’s evolution into a soldier is slow, but steady and complete. With his family ripped from him, he finds himself drawn to the charisma and power of the Commandant. Elba gives a strong performance, full of complexity and nuance. Steering clear of caricature and demonization, he embodies the Commandant’s many faces; he is a calculating general and father-figure, all at once. He soon takes Agu under his wing and provides him with his first chance to prove himself after ambushing a military convoy. Fukunaga makes excellent use of sound, or lack thereof, point-of-view, and slow-motion as Agu savagely slices open an engineering student’s head.

Beasts holds nothing back in its depiction of the brutal violence and savagery of war. Rape, child molestation, drug use and death are all prominently featured in the film. Showing the seemingly endless war, the battle scenes meld into one another amid sweeping cinematography full of texture and color. This is most apparent in the stunning combat scene where Agu’s perception is drastically altered after taking a hallucinogen. Inspired by Richard Mosse’s photo series, the battlefield is saturated with pink, and brown hues as shots ring out from all sides.

The film gives no fast or easy explanations for Agu’s behavior. Abraham Attah does an extraordinary job of capturing Agu’s conflicting emotions towards his life as a warrior; he is simultaneously excited and repulsed by the violence and pain he and his fellow soldiers inflict upon others.

At the same time, we also are reminded that he is still a child with a good heart through his relationship with his fellow child soldier, Strika (Emmanuel Nii Adom Quaye). Though he is mute, Agu and Strika form a strong bond; in a film that offers few glimpses of care and warmth, Strika wordlessly comforts Agu after he is first assaulted by the Commandant. Their bond makes his sudden death at the end of the film-and Agu’s devastating reaction-even more heartbreaking.

At the film’s end it is clear that Agu’s experience has aged him dramatically. However, Attah delivers a powerful monologue that-like the film-captures the complexity of his experience, all while pointing towards a brighter future.