Cooking with Granny is a fun cooking show that takes viewers inside the homes of grandmas throughout New York. Caroline Shin, the series host and creator, came up with the concept of preserving her grandmother’s recipes and extraordinary story of triumph in the face of war in Korea. The multicultural series features grandmas from a wide variety of ethnic backgrounds, from Indian to Greek, as they showcase their signature meals and discuss their lives.

In this episode, Grandma Louisa, who hails from Trinidad, cooks her famous hot sauce, which is so lethally spicy that she has the host wear gloves and googles! In between grinding up 135 red peppers for the sauce, Grandma Louisa discusses her childhood with physically abusive relatives and her move to the U.S. in 1990. Though she has enjoyed the educational and employment opportunities America has provided for her children, she dreams of returning to her native island for retirement.

For more information about Grandma Louisa’s life, including her experience with domestic violence and Brooklyn’s vibrant Caribbean community, check out Cooking with Granny’s YouTube page.

Thanks to the above video being shared by quite a few of my Facebook friends, I learned of the Define: Black video series. According to the group’s Facebook page, the series, which was born out of a desire to prevent tragedies like the church massacre in Charleston, aims to share “personal stories to build the movement for racial justice.” In light of the student demonstrations at Mizzou, Yale, and Ithaca, this series is extremely timely due to its focus on the continuing prevalence of systemic racism in today’s society.

As someone with a particular interest in Afro-Latino identity, I found the perspective of the young woman in the video above very interesting. Unlike the many articles and commentary I have read about the negativity associated with dark skin in Latino countries and communities, the speaker points out that blackness was not seen as negative in her mother’s native Costa Rica. She felt at home in Flatbush, Brooklyn thanks to the large Afro-Caribbean population. However, she soon realized that she didn’t fit the stereotypical view of a Latina upon moving to Bushwick, which was a primarily Puerto Rican and Dominican neighborhood at the time, thanks to her skin color. 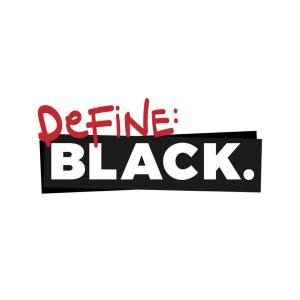 Her story (and this entire series) is particularly important because it acknowledges the diversity within the black community, beyond the experiences of black Americans, and the manifestations of prejudice and bias within communities or color. The speaker recalls Dominican hairstylists commenting on her skin color, weight, and “bad hair,” assuming she didn’t speak Spanish since she was black. She later decided to only identify as black and not Latino since many people assumed she was only the former. This video recalled my questions concerning identity for black Panamanians, which developed after seeing a large contingent at the annual West Indian Day Parade in Brooklyn. Is culture, rather than language and geography, a primary factor in identity? And how much of a role does race and prejudice play?