I wanted to see Percy Jackson: The Lightning Thief when it was originally released in theaters, but my friends, as usual, refused to see it with me because it was a “corny kids movie.” As a Harry Potter fan, I was interested since Chris Columbus directed it and the advertisements were clearly trying to market it as the next epic adventure movie for kids a la Harry Potter. Another big draw for me was the mythology since I took Latin in high school.

This film is a nice family movie, but it’s not that great. The story was easy to follow, which is rare in many films today, particularly those that have an overabundance of special effects. The young cast of Logan Lerman, Brandon T. Jackson, and Alexandra Daddario felt very natural on-screen. The romance bit was cute and age appropriate and Jackson‘s jokes did a great job of keeping the mood light. An all-star cast filled the roles of minor characters, but Rosario Dawson as Persephone stood out. I never learned much about Persephone, but it was great comic relief to have her cheat on Hades and like Grover (Percy’s protector). The only casting mistakes were with Percy’s mom and step-dad. Catherine Keener did a bad job of showing that she was in distress about her son being hunted by mythological creatures. Joe Pantoliano, who is a great actor, does not fit the role of a macho male-chauvinist mechanic by any stretch of the imagination.

Like any big budget studio film, it really benefitted from great special effects and elaborate sets. Maybe it was because I had just watched All About Eve earlier in the day, but the awesome amount of color in every scene is remarkable. The Lotus Casino scenes were full of color and did a wonderful job of representing the ecstasy the Percy and his friends were feeling. I was surprised that this movie actually managed to surprise me. While I knew that Percy’s progress was going to be hindered each time he tried to retrieve a pearl, I was never sure what the challenge would be. Medusa’s lair was my favorite because it looked like a typical gardening store full of statues, making it even more shocking that the statues were a result of Medusa’s handiwork.

The combination of modern day with ancient times also worked very well. The winged Converses were adorable and provided a fresh take on Hermes’s sandals. It was also a great choice to have the gods be giants, wear ancient Greek clothing, and have British accents. Without these touches, they would have appeared to be less powerful and just like humans. On a side note, I thought it was hilarious that the Empire State Building was the entrance to Olympus. (How did his mom know how to operate the elevator?) I would’ve assumed that it was in Greece because they are Greek gods, but I guess it would’ve been difficult for Percy to get to Europe. 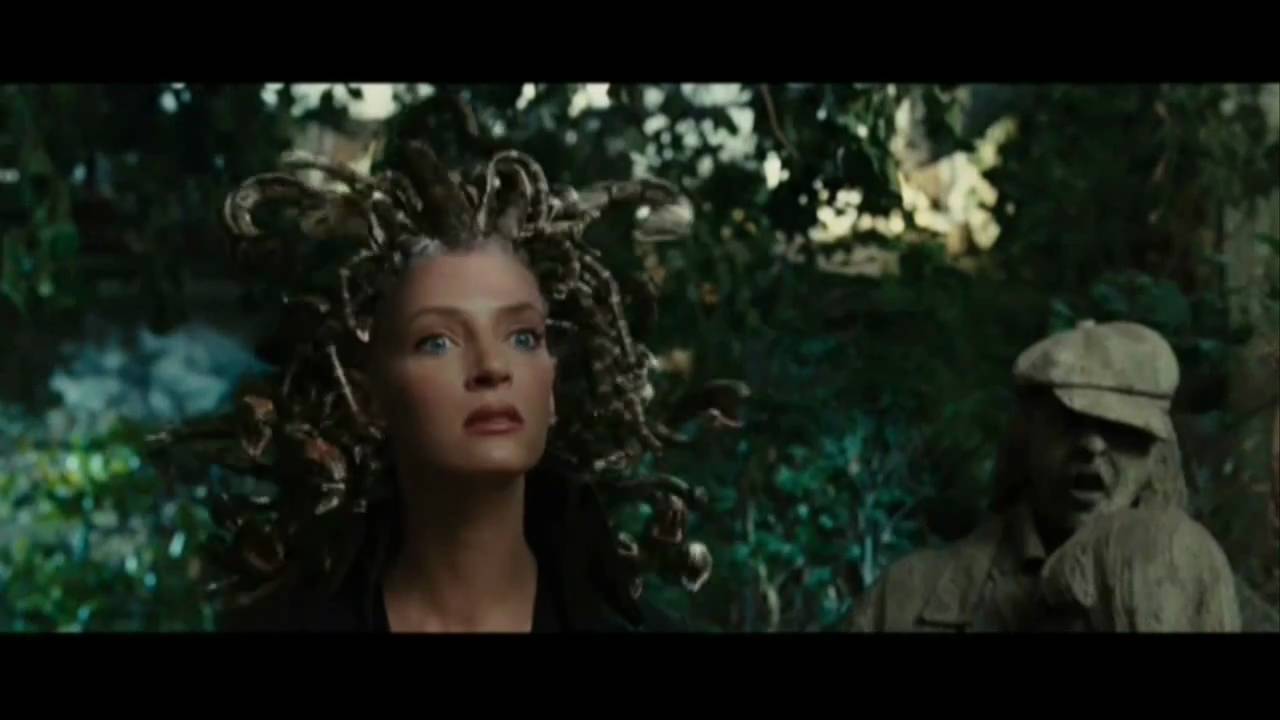 Of course I have some problems with this movie. While I know that one must suspend one’s disbelief when watching a movie, especially fantasy ones, this movie could’ve used a little more realism. I haven’t read the books, so maybe Greek gods being real isn’t a big deal in the world of the Percy Jackson books. Nevertheless, coming from a viewer with no background knowledge of the series, Percy’s reaction was way too calm. He never really questions what is going on besides his corny line about the crazy dream he had. He even went so far as to try to find the Underworld on his own (even though I can’t imagine how he knew where it was located). Another big problem I had was with their quest for the pearls. At no point did they mention money,  how they randomly got that truck in Medusa’s lair, or changing their clothes. I was also confused about why everyone assumed Poseidon’s son stole the lightning bolt.

While Percy Jackson wasn’t as great as I thought it would be, it was fun to watch. Plus, any family movie that throws in a sly bit of social commentary with Hades being in Hollywood, is fine by me.

2 thoughts on “Greek Gods? No Biggie.”